Buy any set of Chicken Hawk Tire warmers and get a free set of Kneesliders and free shipping.
expires 9/30/16 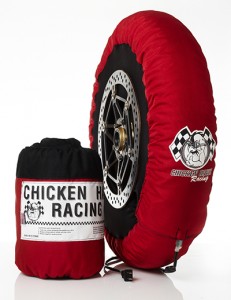 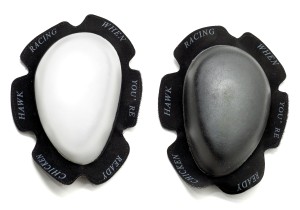 We had two winners for our contest for Roger Hayden tire warmers! 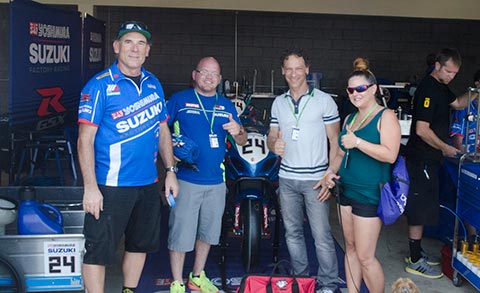 Dan, his fiancé and their pooch, Bradl, pose with Rich Doan of Yoshimura and David Podolsky of Chicken Hawk Racing.

Our first winner- Randy Dalmas got the warmers but was unable to attend the races, so we picked a second runner up-Daniel Edmondson and his Fiancee attended the races! Along with passes for the weekend, we gave Danny & his fiancee a tour of  Team Yoshimura Suzuki pits, transporter and garage, spending nearly an hour talking shop with Yosh crew chief Rich Doan. 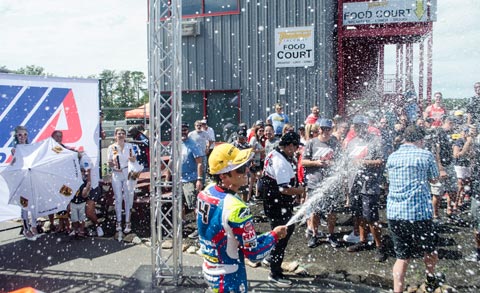 The 2016 MotoAmerica AMA Superbike season came to a close at New Jersey Motorsports Park in Millville, USA and Yoshimura Suzuki Factory Racing ended the year with a bang, victorious in both race.

Roger Hayden raced to a thrilling victory in race one. Then it was Toni Elias and Hayden finishing one-two in the final race of the season giving Yoshimura Suzuki a clean sweep on the season finale. 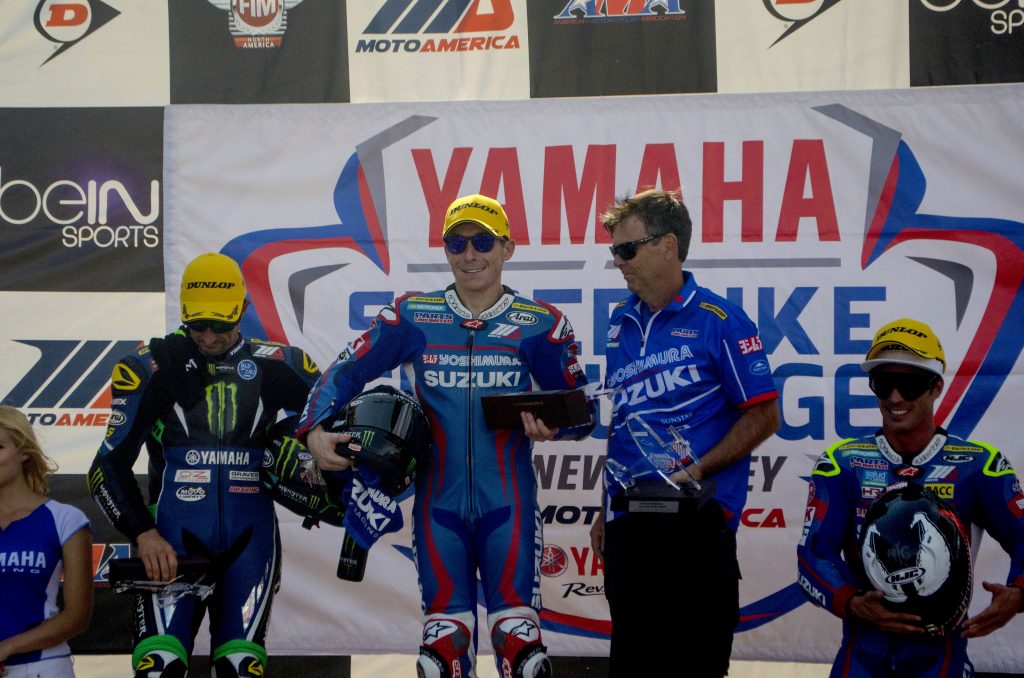 Hayden grabbed the victory in race one aboard his Suzuki GSX-R1000 Superbike by just .104 of a second. It marked his second win of the season. Elias was a hard-charging third after qualifying eighth and starting from the third row this was his sixth win this season.